Find out more about studying at Hof University

StudyCheck.de: Hof University is the most popular university in Germany

In January 2023, the internet portal StudyCheck ranked Hof University as the most popular university in Germany.

Find out more in our campus magazine Campuls

We offer more than 40 exciting Bachelor's and Master's programs

Get a first impression

We offer more than 40 exciting Bachelor's and Master's programs

Any questions? Check our FAQs for degree-seeking students!

Studying in Hof as an exchange student 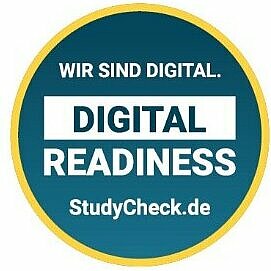 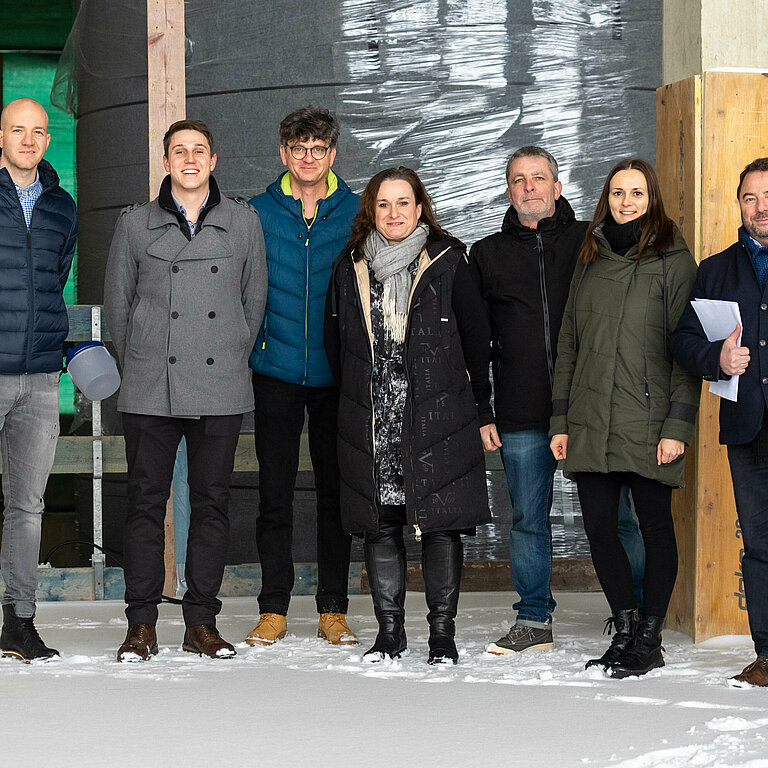 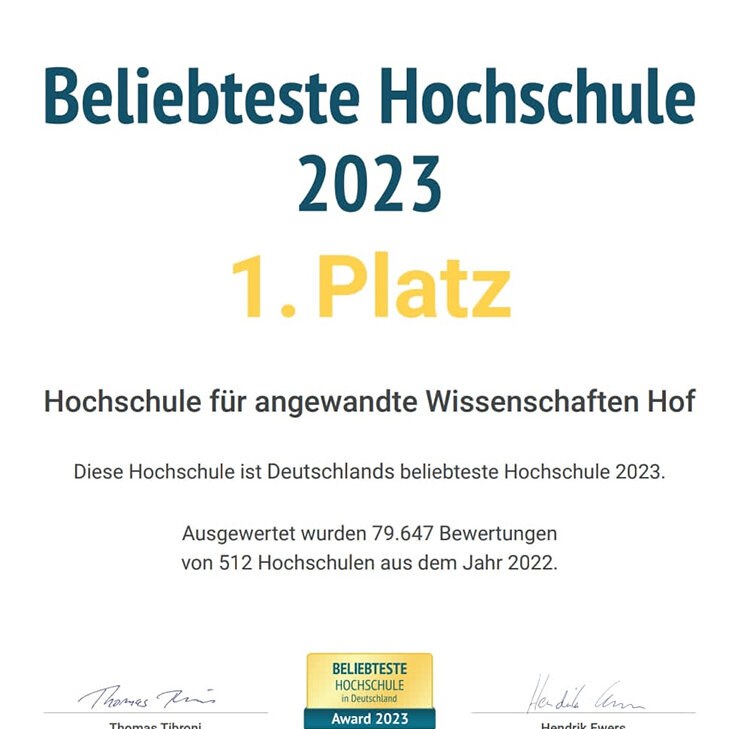 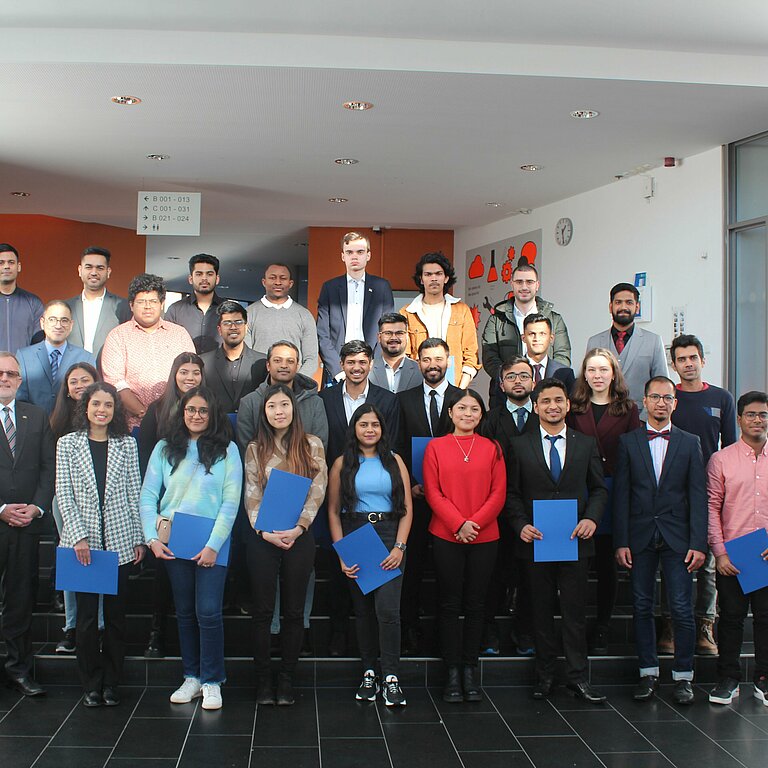 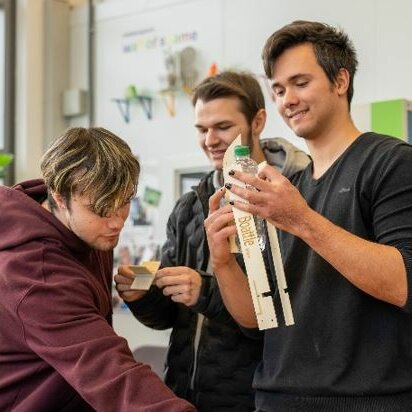 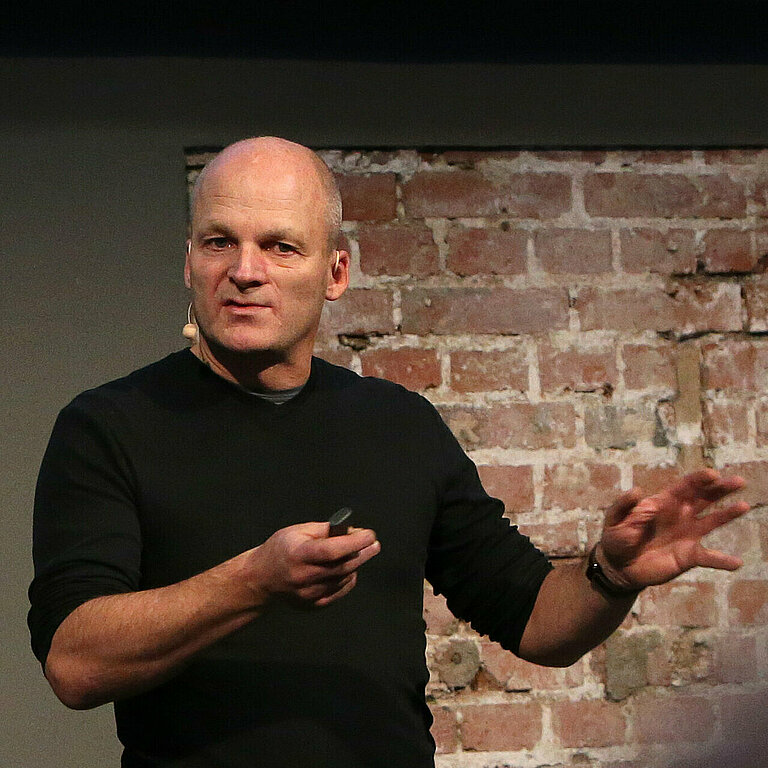 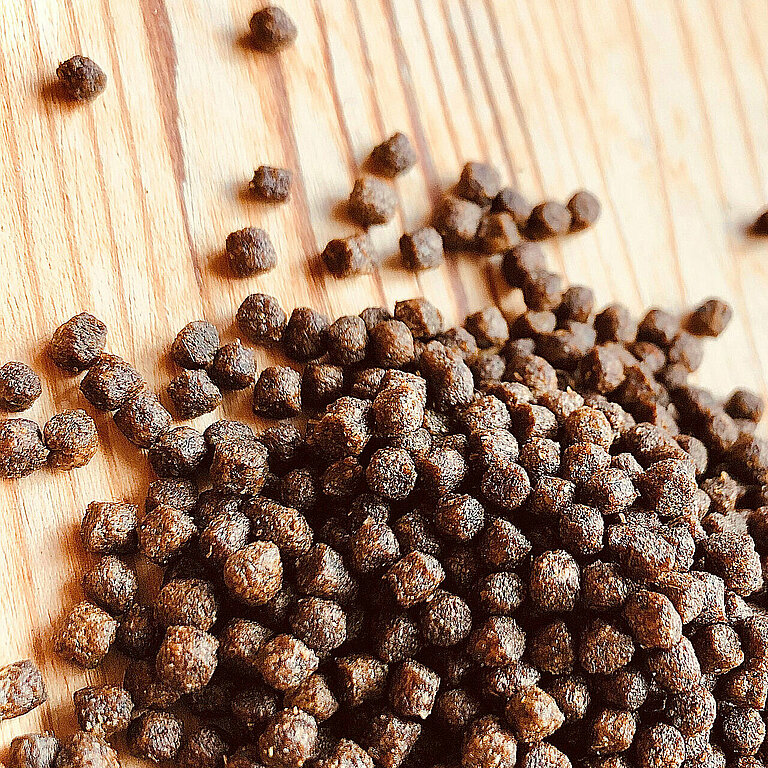 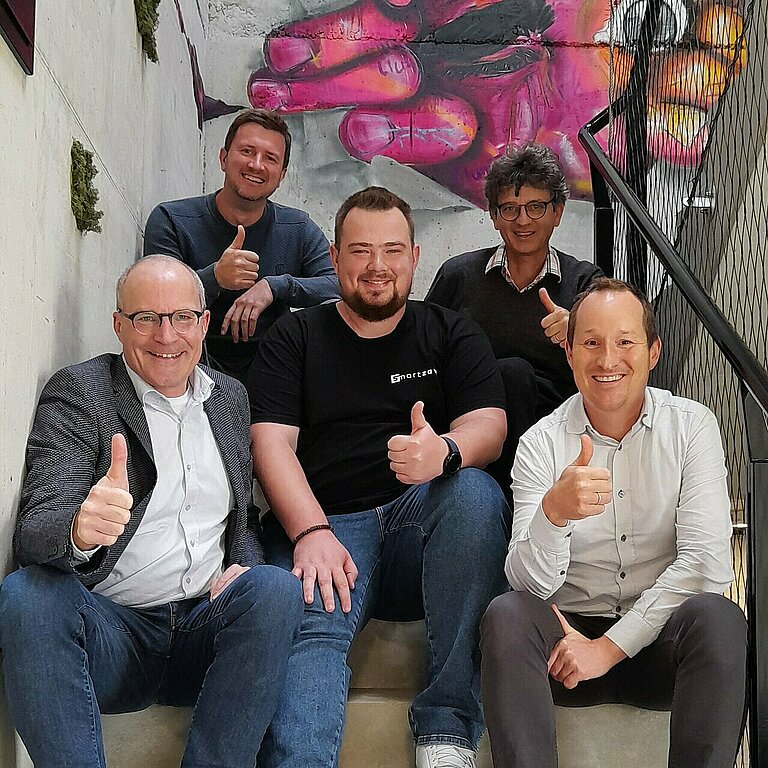 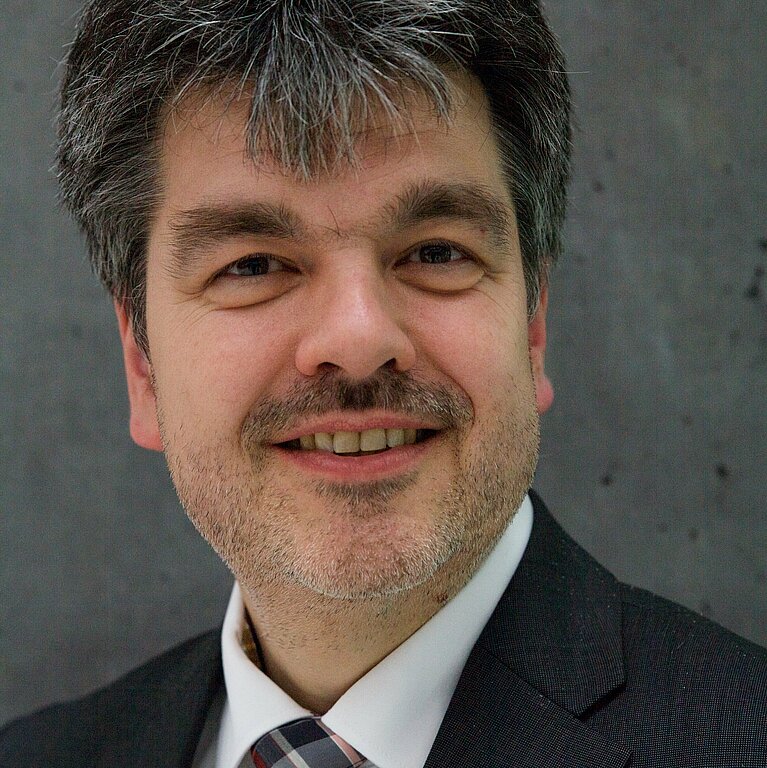 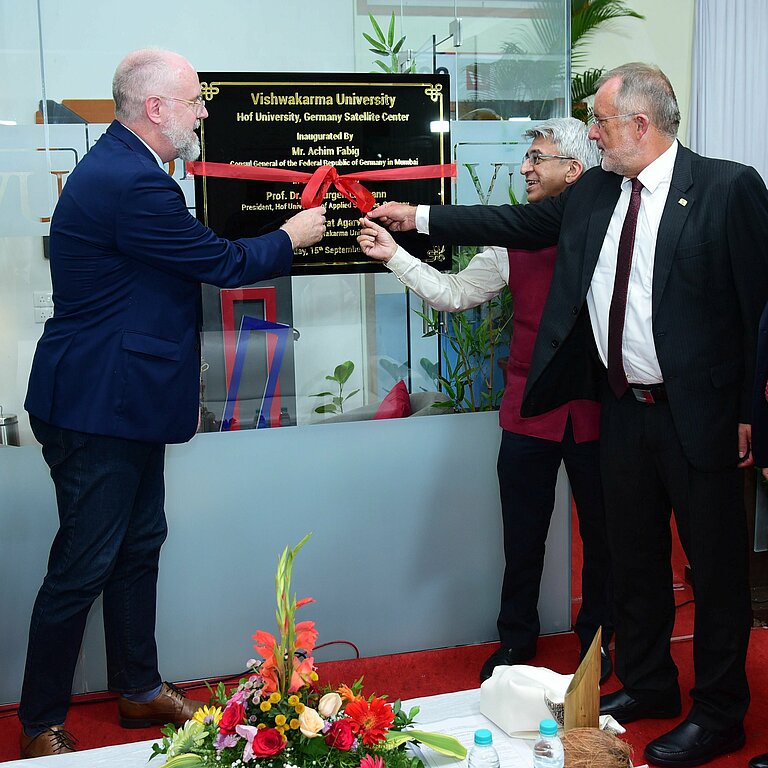 Another award for Hof University of Applied Sciences: The renowned student portal studycheck.de has published a "digital readiness" ranking for the first time, which records the level of digitalization. Hof University achieved second place among all German universities and is thus also number 1 within Bavaria. The survey was based on almost 62,000 assessments by current and former students at German colleges and universities.

Find out more in our university magazine Campuls

While the new building of the Institute for Water and Energy Management (iwe) at Hof University is still under construction, the emerging building is already becoming the subject of innovative research. In the OUR-E project, which has now been launched, researchers and company representatives are initially analyzing the centerpiece of the new institute building, the central large-scale heat storage system. The aim is to develop a user-friendly and, above all, efficient energy and heat control system for complex buildings with corresponding storage units, the basic principles of which can also be transferred to other comparable properties.

Studycheck: Hof University is the most popular university in Germany!

Hof, 18.01.2023 -  Hof University of Applied Sciences is the most popular university in Germany and receives the best grades for its teaching. This emerges from the ranking published today by the renowned internet portal Studycheck.de. In the nationwide comparison among a total of 512 universities, the Upper Franconian educational institution with its campuses in Hof, Münchberg, Kronach and Selb achieved the best rating by current and former students.

At Hof University, international students were honored for their excellent academic achievements. The scholarship holders come from India, Mexico, Brazil, Cameroon, Bangladesh, Jordan, Egypt, Ukraine, Hong Kong, Taiwan and Belarus. The scholarships were provided by the Graduate School (15), the Bavarian State Ministry of Science and Culture, and the DAAD (STIBET I program).

In the MakerSpace at Hof University: On the trail of MacGyver

Admittedly, the Hof students who recently took part in the MacGyver project in the Engineering programe were not even born at the height of his TV career. But the myth of action hero Angus MacGyver continues to have an impact - especially in the MakerSpace at Hof University.

MacGyver was a television series produced from 1985 to 1992. The protagonist Richard Dean Anderson alias MacGyver is a mixture of secret agent and helper in distress. His trademark is the practical use of everyday objects such as pocket knives, chewing gum or duct tape and the use of basic scientific laws to solve his tricky missions. Since then, the word MacGyver has been synonymous with a clever inventor.

In keeping with the spirit of the resourceful TV hero, the students of the newly established Engineering program recently took part in the MacGyver project in the MakerSpace. The goal is to find an original solution to a specific task in a given time and with existing resources – in this case: building a boat or boat-like vehicle that moves under its own power.

One year ago, the new Bachelor's program Design and Mobility, which deals with the future of transportation, started at the learning site Selb of Hof University of Applied Sciences. Prof. Lutz Fügener, an internationally recognized expert in transportation design and 3D design, was recruited to set up the course, which was initiated in collaboration with the Staatliche Fachschule für Produktdesign Selb, and his move to Upper Franconia at the time attracted a great deal of attention. After the first two semesters, he is very satisfied with what has been achieved so far.

Better food for humans and fish

With a new research project, a team at the Institute for Water and Energy Management at Hof University of Applied Sciences (iwe) aims to develop more sustainable feed for fish. Funded by the German Federal Ministry of Education and Research, the project "Optimized rapeseed protein for the complete replacement of fish meal" (in short: "OpRaVAF") will produce a novel and high-quality rapeseed protein that can be used to produce a fish meal-free fish feed.

Oleksii Solntsev (26) and Anton Yakhno (27) are master's graduates in mechanical engineering at Hof University of Applied Sciences and founders of the startup SmartZavod (Ukrainian for Smart Factory). Together with Eugenia Solntseva, who is mainly responsible for marketing and communication in the founding team, they have been working on the development of a multifunctional 3D printer for a year. They have now received funding of 125,000 euros for their project.

Read the full story in our campus magazine Campuls

In 2014, Hof University was the first Bavarian university to successfully complete the system accreditation process. This distinction has now been achieved once again. The seal confirms that it has a functioning quality management system, which forms the basis for high-quality teaching.

Our teaching is influenced by the ideas of strong-practice orientation, open-mindedness and resource efficiency. Thanks to continuous exchange and cooperation with industry, applied research develops high-end solutions for companies and thus guarantees the continuous renewal of our knowledge for the benefit of our academia. We stand for:

You want to find out more about what is going on at Hof University, e.g. in internationalization, research or teaching? Check out our